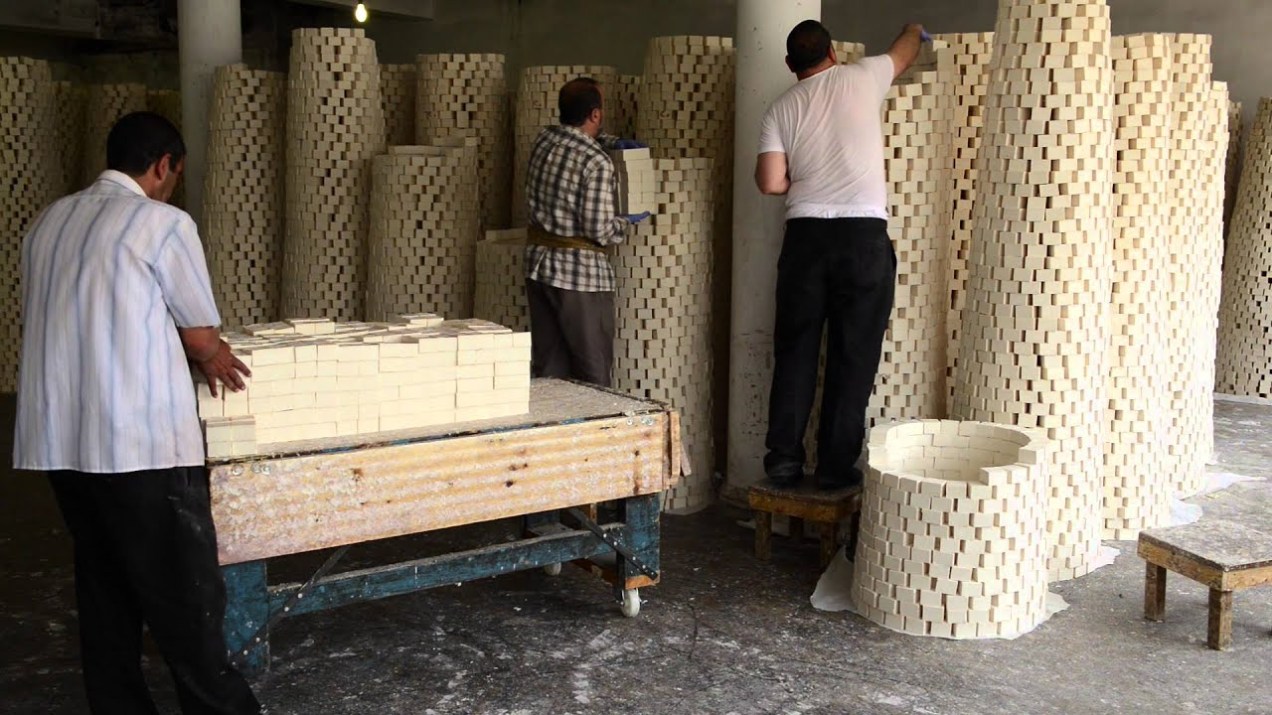 This film shows the process of traditional soap production in the old soap factory in central Nablus..

Yet a batch of olive oil soap can take up to a month to produce. Modern producers in Nablus insist the formula has not varied over the centuries, despite the availability of modern chemical compounds found in most manufactured soaps. Ingredients are mixed in a large vat over low heat for approximately five days, before the mixture is poured over a large floor space. Shortly afterward, casts are laid down to cut the soap into individual blocks, which are then stamped with the traditional seal of the factory of production. Once the soap is cut into blocks, it is stacked in geometric towers which allow for air circulation that assists in the drying process. The towering pyramids of soap climb to heights of over eight feet, and line the halls of the factory’s drying room for a period of between ten and thirty days, before they can be packaged and shipped.

The ingredients are basic, Virgin olive oil, water, and a sodium compound.

Processes accredited by the Craft of the Valencia Community Hallmark (Spain), which recently has been granted to the company.